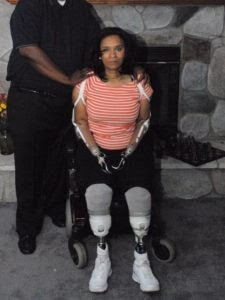 The above is the headline from an article in Journal Sentinel (part of USA Today Network). What are your thoughts? I’ll provide some background below.

In 2011 with very little publicity the Tennessee legislature passed “caps” on non-economic damages. Businesses and insurers (and legislators) called this “tort reform.” Those opposing caps decried the caps as depriving and hurting the most vulnerable victims of damages from someone that caused them. In other words, why was the State protecting someone that caused a horrible injury to someone?

Based on my research Tennessee is in the minority as most states do not limit or cap damages.  Insurers and businesses, however, are promoting to legislatures across the country as well as Congress to limit damages.

The caps were passed to help and protect businesses and their insurers from the damages suffered by the very worst injured people.  No matter how bad the injury a person could not recover more than the cap.  The most an injured person in Tennessee can recover based upon the 2011 law is 750,000 subject to a few exceptions which would allow the number to go to 1 million.

This may sound like a lot until one considers the case reported in the attached Journal Sentinel article involving a Wisconsin woman, Mrs. Mayo a wife and mother of four children. She was active in her community and played several musical instruments.  However, the article reports when she went to the hospital with a high fever and other symptoms the hospital failed to diagnosis Strep-A and did not offer antibiotics. She developed sepsis and septic shock resulting in nearly every organ almost failing and gangrene setting in. She lost her arms and legs as a result of what was claimed to be medical negligence- the limbs had to be amputated.

According to the general counsel (attorney) for the Wisconsin Medical Society, Wisconsin has a system with the caps that is “working very well for the healthcare community and all patients.”

Mrs. Mayo claims the caps are unconstitutional and punishes the most severely injured.

The Attorney General for Wisconsin takes the position that the Court has no authority to second-guess the legislature in setting the caps.

The caps issue is an important issue that largely flies under the radar screen. The public simply isn’t aware of it- until something like Mrs. Mayo’s case comes along.

It is without question caps keep horribly injured people from being adequately compensated. Instead, an artificial and arguably arbitrary cap is created to protect businesses and insurers. The argument in favor of the caps is that it is a public policy that without these caps insurance rates would be high and business may be negatively impacted. There may be a few people that are harmed by this, but it is necessary for the greater good to protect the businesses and the insurers.  On the other hand, the argument against caps is whether society is going to require people that cause injuries to compensate the severely injured fully.

There are two sides- how do you feel about this. Read the original article here.