Let’s take a closer look at medical malpractice through the years, including some of the largest payouts and the most famous cases.

The History of Medical Malpractice Lawsuits

It is often assumed that hiring a medical malpractice lawyer in Knoxville to pursue a lawsuit is a relatively modern concept, but that is not correct. In fact, what could be one of the earliest examples of a medical malpractice lawsuit happened in England in 1164. In the case of Everad vs. Hoskins, a servant and his master are recorded as having collected damages from a doctor accused of practicing 'unwholesome medicine.'

However, it wasn’t until 1374 that somebody filed the first officially recognized medical malpractice lawsuit. This is because Stratton vs. Swanson was the first to establish the basis of a breach of care from a medical professional. The lawsuit saw Agnes of Stratton and her husband sue surgeon John Swanlond for breach of contract following his failure to surgically repair her deformed hand, having guaranteed he could fully restore it. The case was ultimately dismissed due to filing errors, but it still stands as the first to establish the legal duty of care between doctors and their patients.

In terms of Medical Malpractice lawsuits in the United States, the first recorded case was in 1794. The lawsuit alleged that a doctor failed to perform surgery on the plaintiff’s wife in a safe and skilled manner, and as a result, she died on the operating table. Her husband won the case, and the doctor had to pay damages of 40 English Pounds.

One of the largest medical malpractice lawsuit settlements in recent history was awarded to Allan Navarro by a Flordia jury in 2006. He was awarded $216.7 million, $100.1 million of which was punitive damages, after being left brain-damaged and wheelchair-bound following the misdiagnosis of a stroke. Navarro had presented himself at the emergency room in August 2000 with stroke symptoms and informed doctors that there was a family history of strokes. However, he was diagnosed with sinusitis and sent home with pain relief. The following day he required emergency surgery to reduce swelling in his brain and spent three months in a medically induced coma.

In a judgment against New York City, Tiffany Applewhite was awarded damages of $172 million after it was determined in a medical malpractice lawsuit that paramedics had provided incorrect medical advice to her mother. Ms. Applewhite had gone into anaphylactic shock after being given a steroid injection for an eye condition, causing her heart to stop. Her mother called 911, and medics arrived without life-support equipment, including oxygen and a defibrillator. She wanted to take her daughter to the hospital immediately, but the paramedics insisted on waiting for another ambulance to arrive with the equipment. The 20-minute delay resulted in Ms. Applewhite becoming severely brain-damaged, and she was left paralyzed.

Ten-year-old Faith DeGrand was awarded $135 million in damages after two weeks of medical malpractice trial. Faith was partially paralyzed after an operation at the Children’s Hospital of Detroit Medical Center in 2010 for scoliosis. The rods and screws were inserted incorrectly, compressing her spinal cord and causing numbness in her extremities. Instead of immediate removal, the surgery was delayed for ten days. As a result, Faith was left a quadriplegic with a permanent loss of control of both her bladder and bowel.

In 2014, Joan Rivers attended the hospital with a sore throat, and due to a history of acid reflux, she consented to laryngoscopy and endoscopy. This resulted in several medical errors leading to her vocal cords swelling and leaving her unable to breathe. The doctors also failed to notice her vital signs declining. After 15 minutes, the lack of oxygen triggered a cardiac arrest. Joan was taken off of life support a week later, and the doctors accepted full responsibility for her death.

In 1998, Dana Carvey had a double bypass operation which should have been a fairly standard procedure. However, two months after the surgery, he discovered that doctors had performed the bypass on the wrong artery. Emergency surgery was performed to correct the error, and it took around two years for the comedian to recover fully. The surgeon claimed the error occurred due to the unusual positioning of his arteries. However, following a medical malpractice lawsuit, the doctor was found liable, and a settlement was reached. Carvey distributed the damages between several charities working on cardiac research.

When Elvis died in 1977, his cause of death was cited as heart disease. However, it was later discovered that there were traces of 14 different prescription drugs in his system, which would likely have been a significant contributor to his death. His personal physician Dr. George Nichopoulos was charged with negligence in 1981. Although he was found innocent by a jury, accusations of over-prescribing drugs persisted, and in 1995, he lost his license due to gross malpractice involving 13 patients. 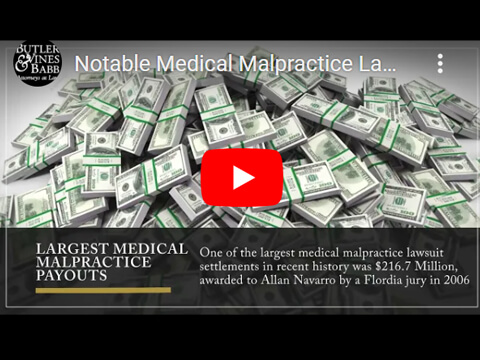 Please reference BV&B’s content disclaimer (located in this channel’s profile description) in regard to this shared content.