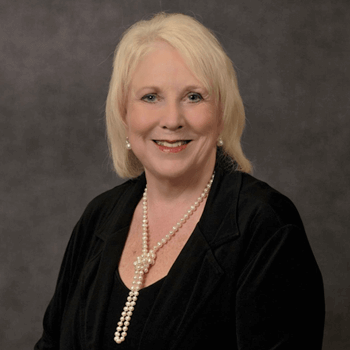 As an Air Force brat Donna Davis attended the first twelve years of school in various schools around the world including Montana, Nebraska, and Missouri in the United States, the Phillipines, and Germany, finally graduating from Gosnell High School in Gosnell, Arkansas in 1963. She then attended Methodist Hospital School of Nursing in Memphis, graduating with an RN degree in 1966. This was followed by both a BS in Education (1976) and a JD degree (1979) from the University of Tennessee in Knoxville. After practicing successfully for many years as owner of her own law firm, Donna joined Butler, Vines and Babb as Of Counsel in 2005.

Donna has served on numerous professional and civic boards for the past 40 years. Most recently she has served on the Board of Directors for the Sertoma Center, a facility for mentally impaired adults, the University of Tennessee College of Law Dean’s Advisory Council, and UTIA Chancellor’s Council, also at the University of Tennessee. She also volunteers regularly to deliver Mobile Meals and to help with Girl’s Inc., an organization that provides educational support and life style guidance to young girls who need strong adult role models.